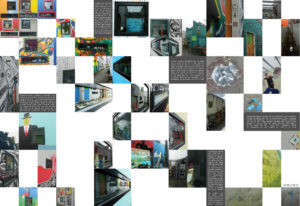 As an architecture student, the Olydorf especially caught my eyes when I discovered it in my first days in Munich. Since then, I have spent a lot of time there (way too much for someone who doesn’t live here!), and learned to know it better. If you want to practice your French, you can zoom in the picture to read one of the articles I made about this unusual student housing … And if you don’t want to get headaches, here are some extracts translated into English:

This place, it is a simple frame, almost repetitive, which reveals infinite possibilities. It is the physical equivalent of the virtual «wall» that allows us to express ourselves.

The right given to the inhabitants to paint the facade resulted in a cocktail of diversity and invention. It is a gigantic painting in progress, in which you can cross evolving pattern and pencil sketches waiting to be coloured. Liberty leads to creativity. Thus, the «game» spread to the two windows located beside each door, which become mirror of the inhabitant’s personality.

Some of the facade seems to interact, but none of them look like another. A whole culture is represented on these walls. They are animated by movies or cartoon characters, just as well as music or video games icons. A nod to Keith Haring stands alongside one to Edvard Munch. Sofia’s skyline is not far from Dublin’s, and Ghana’s flag is only few steps away from the Middle-earth’s map.

A more complete presentation I made about the Bungalowdorf will be part of the exhibition «Constellation.s», which theme is «new way of inhabiting the world». This exhibition is hosted by Bordeaux’s center of architecture, «Arc en rêve», from 2 June to 25 September. So, if you feel like visiting Southern France this summer, you know where to go. 😉

A huge thanks to all the Dorfbladl editors, which allowed me to have an inside point of view on the village, and especially to Kerstin and Tizian, who welcomed me so nicely! 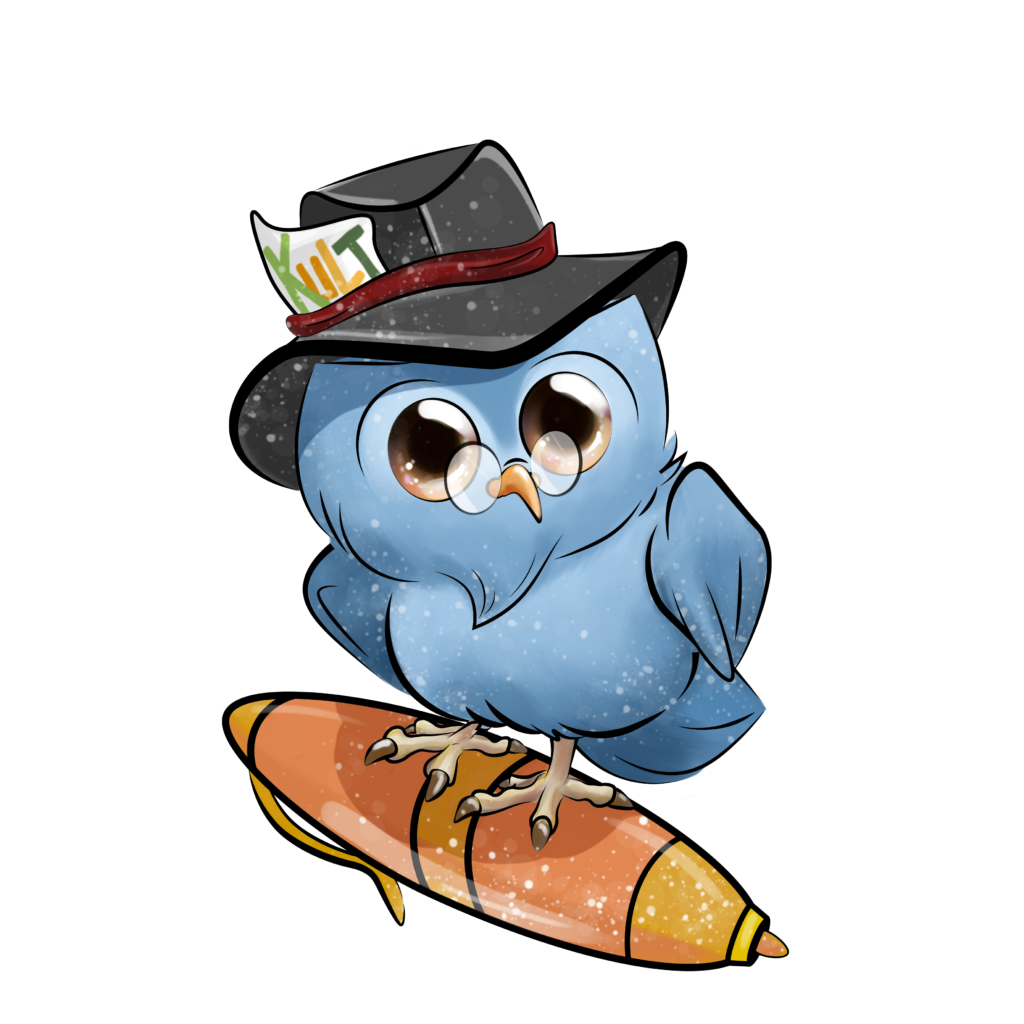